There are several online games that can be played by everyone like Poker, Rummy, Ludo, and Tambola. Tambola is an Online and Offline game that is totally based on numbers and Probability, contains tickets with different numbers that are bought from a spinning container and Different prizes are won when the numbers on the tickets are the same as the numbers on the prizes. 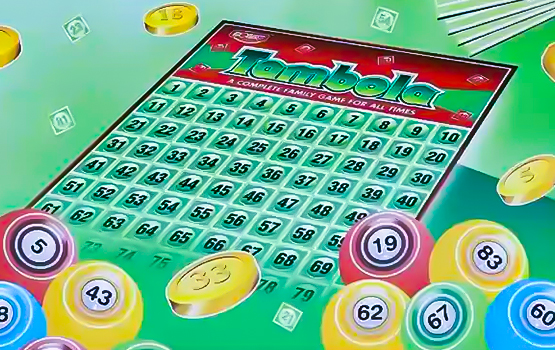 Tambola is one of the most well-liked party games, tambola is played not just in India but all across the world. Tambola is especially played in east locations of India like Nagaland, Arunachal Pradesh, Guwahati, etc. Everyone who tried Tambola earlier in the lockdown enjoyed it. This is the reason why Tambola has replaced more conventional games like cards and other table games at gatherings like office parties, family reunions, and college parties. Tambola is Basically an Indian bingo. Online Tambola Game is very much popular nowadays and there are different people who designed tambola. But Havfly is an online Tambola game Developer who has Designed a good Looking and user-friendly Tambola game for you.

Tambola is a traditional board game in Italy, first played in the city of Naples in the eighteenth century. It is mostly played at the end of December, and prizes are often only symbolic or low cash pots. Tambola is very similar to Bingo, it is a very common family game played at Christmas in Italy. In the United Kingdom and some other countries, the English Version of the Tambola is very popular. Playing Tambola with all the relatives is a must in Italy on Christmas Eve.

In Modern Times there are plastic cards in Tambola, but traditionally they were closed by a piece of orange peel or by beans. We can even play Online Tambola games on different servers at every location.

How does Tambola work?

Tambola is a game where the numbers are drawn one at a time, from 1 to 90. It has 27 boxes in three columns and nine rows, with four blank spaces and three numbers in each column, and up to five numbers in each row.

A poster with the winning numbers and a space for you to enter your organisation is included in each tambola pack along with fantastic themed prizes and sealed tickets. Each competitor purchases a ticket, breaks it open, and compares the numbers on it to the winning numbers. The prize according to their ticket is awarded to Lucky Winners. Before you begin, we advise you to thoroughly mix the tickets. 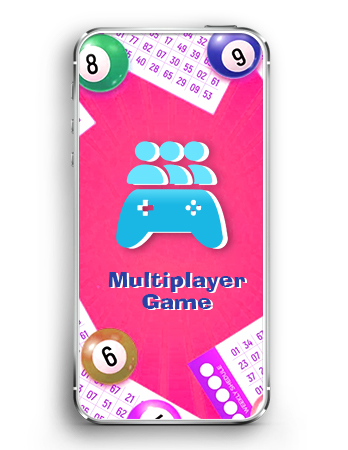 The game is planned in a way that various players can take an interest in the game. 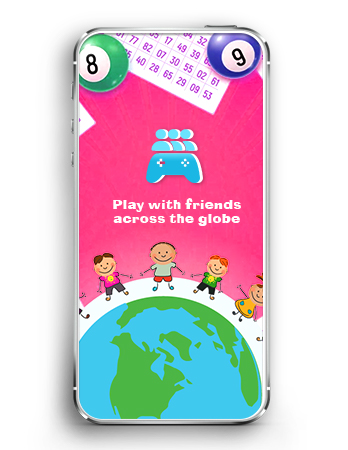 Play with friends across the globe

You can easily play the games with friends and players from every corner of the world. 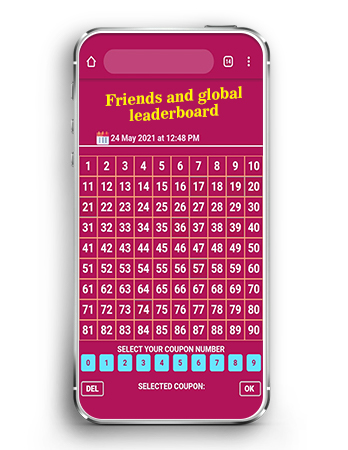 Users can view scores, winning and claims of all your friends. 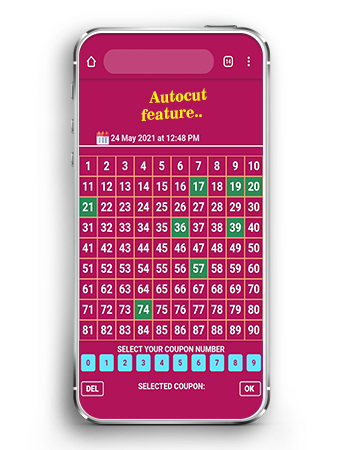 The application will strike out the already called out numbers so that you don’t have to worry about it. 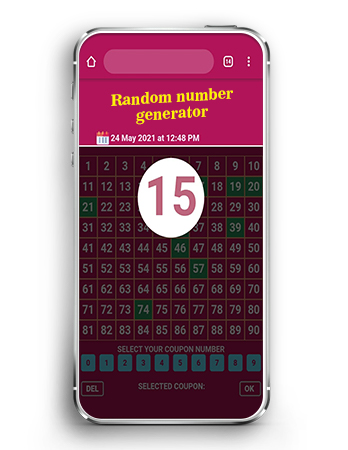 A random number generator with voice. 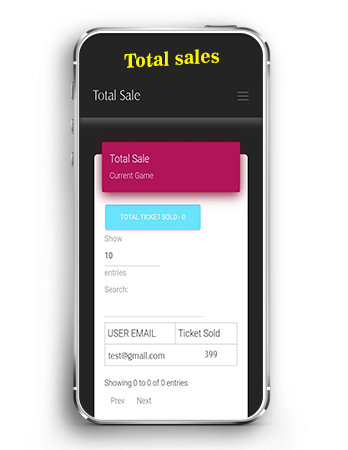 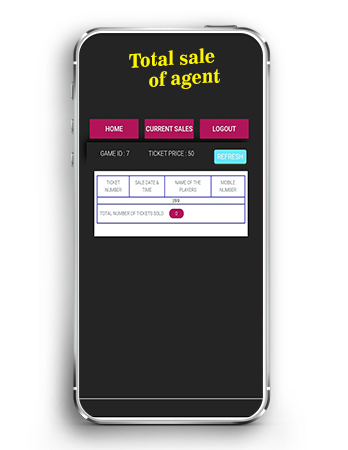 Check the total number of sales that come individually from agents. 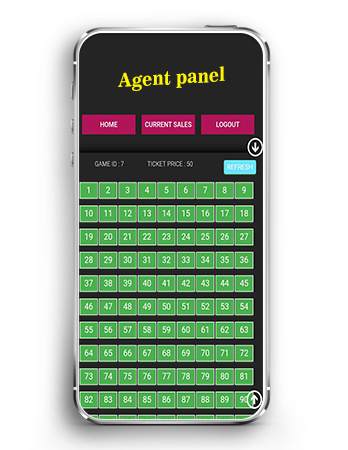 Agent Panel is available on LiveAgent. It is easy to use, clear and simple component for agents. 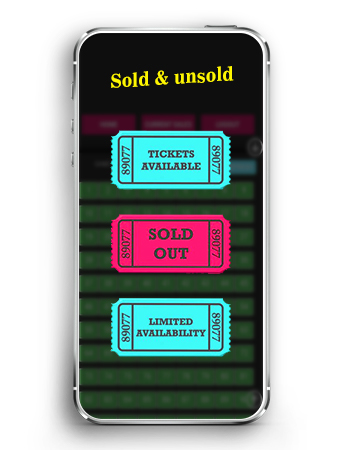 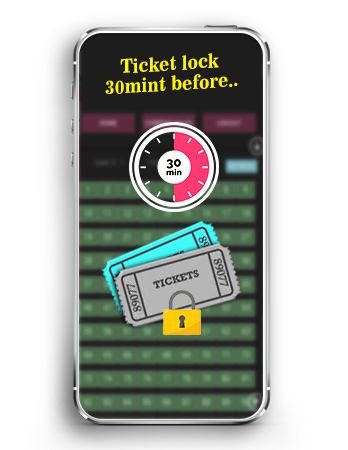 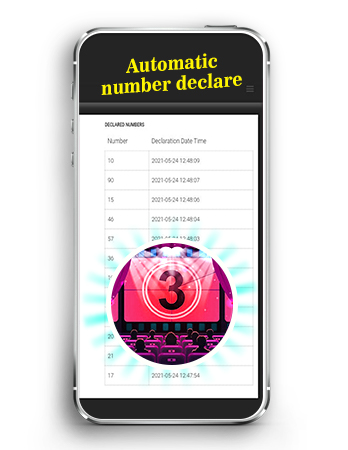 Number will be declared automatic 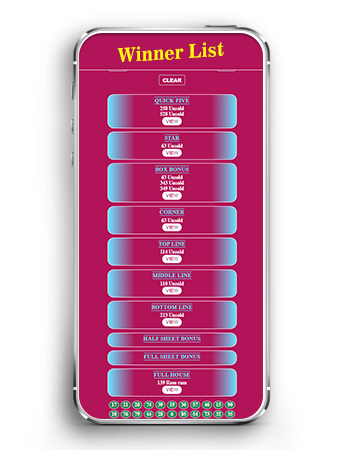 Winner will be declared automatic

After five early rewards you can also get four corners reward. If the number spoken by the caller is in your ticket and you mark your 4 corners first then you are eligible to get a four corner reward. If you want to claim Four Corners then you should strike 1st & 5th Number of Top and Bottom Row.

This is the last row of the ticket. If you mark all numbers that are given in the last row, then you will be eligible to get a bottom line reward. To claim bottom-line a player should have all the bottom line numbers struck.

Callers will call out the numbers. If you have marked all numbers that are given in your ticket and now no number is left, then you are the winner of this game and get a full house reward. Players whose all 15 numbers are cut can claim the winning prize.

In star reward four corners and middle number of middle row should be marked. If your ticket fulfills these conditions then you are eligible for a clam star reward.

To get a half sheet bonus you have to buy three tickets together. If any of the first 2 numbers are cut out of the 3 tickets, then you will get a Half Sheet reward. You will have to purchase a ticket for a continuous number. For example -You can buy ticket no. 1,2,3 and 4,5,6 but you can't purchase tickets with 2,3,4 numbers.

To get Full Sheet Bonus you have to buy six tickets together. If any of the first 2 numbers are cut out of the six tickets, then you will get a full sheet reward. You will have to purchase a ticket for a continuous number. For example You can buy ticket no1,2,3 and 4,5,6 but you don't purchase the ticket of 2,3,4 number.

Host server of tambola in Guwahati

Everywhere throughout the world, people play the gambling game known as a tambola. The host can begin the game by drawing the first number once all players are ready. On each player's screen, the host's chosen number is quickly called. The host has complete control over how quickly the numbers are called. Depending on the online group, he can pause, speed up, or slow down the number calling.

Buy Tambola at a very cheap price from Havfly. We are the best in the online game developer field. There are many other platforms and sites for online tambola development but on them, you can not choose your personal ticket Havfly provides custom-designed games.

Best Tambola Game Development Company You Can Get!

The name Havfly Services is well-known in the online Games and mobile app development industry. The most widely played game in the world is called tambola. The well-known mobile game developer for the Tambola platform is Havfly. Our game designers are exceptionally talented and creative when it comes to creating top-notch graphics that improve the gameplay experience. Our online Tambola game app development firm created an application with the most realistic modules and outstanding visual effects that will set it apart from the competition. Our first emphasis is security. There are a lot of Online Games developers in Different popular locations in India, but Havfly offers you fully developed games in your city or state. Even though we are Tambola Game Developers in Guwahati also, Havfly gives you language choice in the game you can select the language which you want.